Pounding drums, shrill bass guitars and jumbled lyrics emanate from many garages throughout
Lamorinda where young musicians try their hand at possible stardom. One would think that the noise
from young garage bands would illicit many complaints from neighbors, especially after the
lawsuit Moraga lost to a woman who sued the town for noise ordinances not being followed. But young
bands in the area report not having to deal with too many disgruntled neighbors.

“My neighbors seem to like it a lot, except for one neighbor” said 19-year-old Wesley Guergah who plays bass in a band called The Soulful Curls. “One neighbor came right into the backyard, into the shack where we were practicing, and started yelling and gesturing at us.” Guergah said he tried asking the man if there were any times that wouldn’t be good for them to practice, but he didn’t have an answer.

The Soulful Curls, so named for the three members’ curly hair, was started a little less than a year ago and has performed in small cafes around Lamorinda.

Guergah said they make their best music when he plays bass, Michael Lucacher plays drums and Zach McFadden plays guitar. But all three can play each instrument.

McFadden said they don’t have a set system for deciding who plays which instrument; they see who
feels like playing what and go from there.

“My favorite part is being able to make music that’s your own with other people and being able to express yourself,” McFadden said.

The Soulful Curls have their own Facebook and Myspace pages and will update songs and release
performance dates and locations.

John Haag, a 20-year-old Moraga resident, has had several opportunities to get out of his garage and
play music with more established groups.

He said that his high school band, Invection, played metal music out of his friend’s garage, but ended up moving to Soundwave Studios in Oakland because of all the noise complaints. “Eventually it got to the point where we decided that we couldn’t practice in the garage anymore,” Haag said.

During rehearsals, he networked with other musicians and met drummers who played for well known Bay Area metal bands such as Faith No More and Machine Head.

Haag is currently the assistant editor for a metal magazine based in Martinez, Calif. called Hails and
Horns. He’s been in three bands in the last five years and is now creating a video compilation of everything that he can do to give to future managers who may need a drummer.

“I’d love to look back and say that I focused a lot on creating when I was 20 years old,” Haag said, “and that I have something to show for it.”

But it’s not just rock bands that are starting up in garages and looking to step onto the stage. Daniel Kriozere, a senior at Miramonte High School, plays trumpet in the Altarinda Jazz Combo, a group of six students who are also in the jazz ensemble at school. He said that him and his five friends went to a jazz
camp in Lafayette last summer and were encouraged to start a band. They have done several performances at the Lafayette Art Gallery, community service projects, parties, and international nights at school.

“I just have lots of fun playing with my friends,” Kriozere said. “It’s something great to do outside of school.”

Amy Holm grew up in Moraga and will be returning to college in the fall as a junior majoring in Public Relations at Western Washington University in Bellingham, Wash.

In the News: Published Version 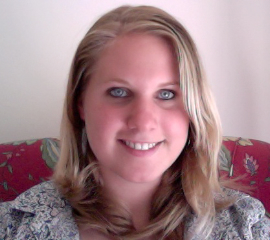