Have you even been somewhere and tried to describe your location to a friend or a parent? How would you like to be able to send a map of your location or the course you are navigating to anyone you wish in a matter of seconds?

Download Glympse to your device then this amazing app will let others see exactly where you are as long as they have an internet enabled smartphone or computer. They don’t need to have Glympse downloaded. When you want to send a Glympse of where you are, simply pick someone from your contact list (email address or phone number) and hit send. It is that simple!

The Glympse appears on the computer or the smartphone, giving the exact location from where the Glympse was sent. In fact, a detailed street map is sent that shows precisely where you are at that time. Douglas McKinley, a junior at Miramonte, likes Glympse because “You don’t have to spend time texting or accessing Mapquest. I also like that only those with whom you want to share your location can see where you are.”

Their tagline is “share your where” but there is more to Glympse than just sending your location. For example, if you want someone to be able to follow your route, Glympse can enable tracking of your direction in real time. Jared O'Rourke, a senior at Acalanes, found the app particularly useful as he drove throughout California visiting colleges. “It was a great way of letting my parents know where I was without having to text them or call them”.

Glympse indicates not only the route you are taking, but also if you are moving or stopped. You can control the amount of time your movements can be tracked. The app includes a patent-pending GlympseWatch timer that ends the transmission after a designated period of time. When you want a fast and safe way for others to know and see where you are, Glympse is the perfect traveling companion.


Eric Pawlakos is a junior at Miramonte High School. When not at school he can be found playing rugby with Lamorinda Rugby, or learning guitar.

In the News: Published Version 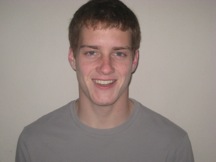