A 16th birthday is an important milestone because it’s the legal age in California when a teen is able to become a licensed driver. Driving without parental supervision offers teens a sense of freedom and responsibility.
​
As with anything, teens have to learn how to drive before they can even think about touching the steering wheel. The first step is to register for the online Drivers Education (Drivers Ed) courses. Drivers Ed teaches teens how to be safe through interactive videos and lessons. At the end of course, teens take a written test at the Department of Motor Vehicles (DMV) to prove they are ready for a learners permit.
​
After earning a permit, teens must drive with a parent or guardian for six months, learning on the road experience. They must also complete six hours of training with a professional driver and complete fifty practice hours with an adult before applying for the actual license.
​
“The process is long and requires the teenager to be well organized from the start. However, the tests are fairly simple and straightforward, as long as you read the directions carefully and pay attention,” said Campolindo junior, Anjali Bajaj. Her parents were supportive about her decision to start driving as she helps run errands for them.
​
Hollywood often presents teen drivers as reckless people who drive at insanely high speeds endangering the lives of others. Unfortunately these depictions may be far more accurate than we teens want to admit. According to the California Department of Motor Vehicles, the greatest risk of traffic accidents is among teenage drivers and the number one cause of death in teenagers is a car crash. One third of all driver deaths between the ages of 16-20 were alcohol related accidents notes the National Highway Traffic Safety Administration (NHTSA).
​
Saane Halaholo, a Miramonte junior, pressured her parents into letting her drive. Through driving, she was able to land a summer job where she drives herself to work instead of relying on her parents for rides.

Miramonte senior Nick Choi, believes that being a skillful driver earns respect from peers. With the freedom to drive, he helps non-driving friends get to where they need to be. DMV regulations state that anyone under the eighteen must be accompanied by a parent or guardian or other person specified by law when transporting passengers under 20 years of age, at any time for the first twelve months. They must also have a parent or guardian with them if driving between the hours of 11pm and 5 am for the first year. Teens driving with passengers, especially males, are more distracted, according to DMV research.
​
“I have to pay for my own gas and part of the monthly insurance bill. Driving is not cheap! I am a cautious driver but many teens are influenced by phones, and it’s hard to focus on the road when you have an incoming text or call,” said Halaholo.
Miramonte graduate, Kai Shimoko believes that teens aren’t always good drivers because they are in a rush. Impatience leads to violations and accidents. To be a safe and dependable driver, teens need to know and follow the rules, wear their seat belts, ignore their phones, and stay focused on the road.
​
As teenagers we need to prove that we deserve the privilege of a driver’s license.

IN THE NEWS: Published Version​​
​
Tune in every Tuesday at NOON PT on Voice America Kids Network. Visit www.ExpressYourselfTeenRadio.com.

​Read about our teens 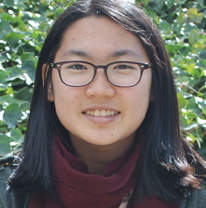